Archery Bows – How to Choose the Right One 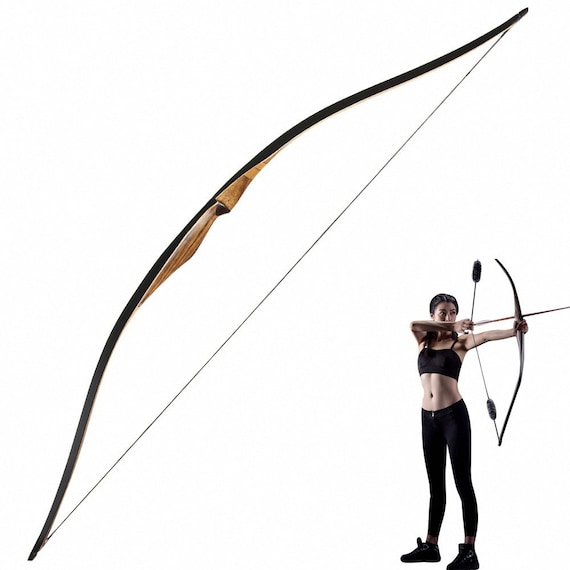 There are three types of archery bows, and each has its own unique features and benefits. These bows are Recurve, Traditional, and Clout. All three are used for a variety of purposes. But how do you choose the right one?

Recurve bows are one of the oldest types of archery available to mankind. They are easy to pick up and shoot, and are ideal for learning to shoot and developing skills. However, they can also be difficult to shoot accurately. You will need a lot of practice before you can start aiming well and making a kill.

Choosing the right recurve bow will depend on your goals and needs. If you are new to archery, you may want to consider a lighter recurve. These are easier to carry around and to draw, and you will be able to increase the draw weight as you get more experience.

Recurves come in a wide range of lengths. Some of them can be as tall as six feet. If you aren’t a tall person, you’ll need to choose a shorter bow to help you gain more control.

Recurves can be made from wood, fiberglass, or carbon fiber. Most recurves are takedown bows, which means you can disassemble them for storage and travel.

Traditional archery bows are an ancient type of weapon. The bow is made from wood, and can be upgraded with a sight or quiver. The traditional bows can be used for hunting or target shooting.

Traditional archery has a history dating back to the late Stone Age. Among the first bows were longbows. Some were made of simple materials like sinew and horn. Other bows were created to be balanced.

Recurve and longbows are the two main types of traditional archery bows. Both are designed for precision. Recurves have more than one curve, which adds to the force they deliver. They also have more speed than straight-limb bows.

Traditional bows are made of high-quality wood. In recent years, other types of materials have been used to make bows. Some are laminated, while others are made from strips of material pressed together.

Compound bows are the latest in archery technology. They offer a wide variety of advantages over traditional bows, including greater speed, accuracy, and efficiency. The draw back is also simpler and less frustrating, making them more attractive for beginners and experienced shooters alike.

The first compound bow was invented in 1966. It was developed by Holless Wilbur Allen, who wanted to boost arrow speed. The resulting compound bow featured a pulley system that made it possible to hold more weight at the full draw. Unlike a recurve bow, which would gradually increase in weight as the user pulled the string back, the arrows in a compound bow stay constant until the end of the cycle.

The modern compound uses energy stored in its limbs to propel the arrow forward when released. The draw force can range from one foot-pound per pound-force, or ftlb/lbf, to 1.4 ftlb/lbf.

A typical compound bow has a draw weight between 40 and 80 pounds. This allows for speeds up to 250 to 370 feet per second.

Clout archery is a form of medieval archery. It is usually played on a field or park. It is a competition that involves the shooting of arrows toward a flag. The objective of the game is to shoot a maximum number of arrows into the flag. The game is similar to target archery but requires specialist equipment.

Traditional clout targets are generally shot at distances of 180 yards for gents and 140 yards for ladies. A clout is a rectangular target that is made of polystyrene or cardboard. It has a four-inch black spot in the center. The target is elevated to a 45-degree angle.

A clout may be set up in a circle of up to forty feet in diameter. The clout itself is slightly elevated at the far end of the circle.

The clout is marked with flags at various distances. Each flag is designed to show the edges of the scoring zones. The outer edge of the flag is usually colored to indicate the color of the archery target. The flags are usually 12-inch (30 cm) squares of coloured fabric on a short softwood pole.

How to Choose The Best Bow For Hunting Bows

Hunting Bows – How To Choose The Best Bow For Your Game

How to Choose the Best Archery Targets For Your Archery Training

How to Choose the Best Hunting Bows For You