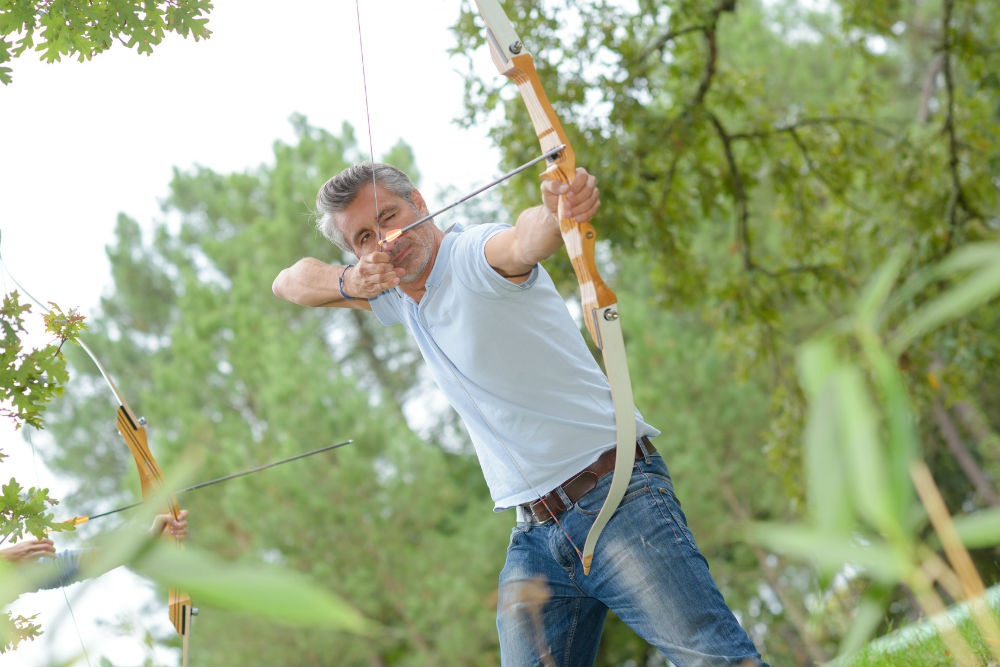 Bowhunting was developed in ancient Egypt but the use of the bow and arrow dates back to prehistoric man. When hunting animals for food and clothing was a necessity, Mesolithic man would take up a bow and an arrow to hunt.

Today, bowhunting is no longer a necessity for survival but is still an engaging outdoor sport that many have drawn interest in. Aside from being an outdoor hobby, bowhunting is also used for self-defense.

There are states and countries where bowhunting is considered illegal. As many would use bowhunting as a weapon, strict regulations are imposed to control the use of the bow and arrow.

However, in most countries, it is a widely accepted sport. It is even used for competition and a sport in the Olympics.

To engage in bowhunting, there are two essential devices involved; this is the bow and the arrow. The bow has now been developed into a highly sophisticated form and knowing its mechanism is important before making a purchase.

What are the parts of a bow?

The bow, regardless of type, has essentially the same parts. All bows have limbs that are elastic and are made of wood.

There are modern limbs made of fiberglass or laminated wood. The limbs are joined by a riser that is also made of wood. The two ends of the limb are connected by a bowstring.

The more stretched the string is, the more weight is accumulated. The force is accumulated and is released upon the arrow’s flight.

Bows have varying weights according to their design. Some bows have adjustable limbs and strings to increase the draw weight capacity of the bow.

The weight is also dependent on the archer’s strength. More skilled archers have developed arm muscles that can pull further backward and create greater force.

What is a compound bow?

The two main types of the bow are the composite bow and the recurve bow; there is a big difference between the two and their parts are very diverse from each other.

The composite bow also has the basic elements of a bow which are the riser, string, and limbs. However, at the ends of the limbs are the axle and the cam. Some bows have one cam, and others have two.

The cams are discs that act as wheels to enable the string to be pulled backward. The cams distribute the draw weight and let the user get more force as the limbs are pulled further backward.

The cams are connected by cables that go through a cable guard, which is made of fiberglass; it guides the cables as it goes back and forth as the limbs pull back.

What is a recurve bow?

A recurve bow is similar to the classic bow and arrow. These bows embody the basic parts of a bow and are very straightforward; these parts are the riser, string, and limbs.

There is not much power to the bow and it is mainly used for target practice, competitive games, and field archery. Some recurve that has a draw weight exceeding 50 lbs. can be used for hunting.

Most recurves are used by beginners and enthusiasts who want to practice their archery skills on a court or at a target range. The power of most recurves is less and beginners find it easier to handle the tension of the string.

The length of the bow will vary from 54-70”. The size of the user will determine the correct bow size. Children, up to 12 years of age should use a smaller bow that measures up to 64”.

What is a Good Hunting Bow?

One thought on “Beginner’s Guide: How to Start Bow hunting”