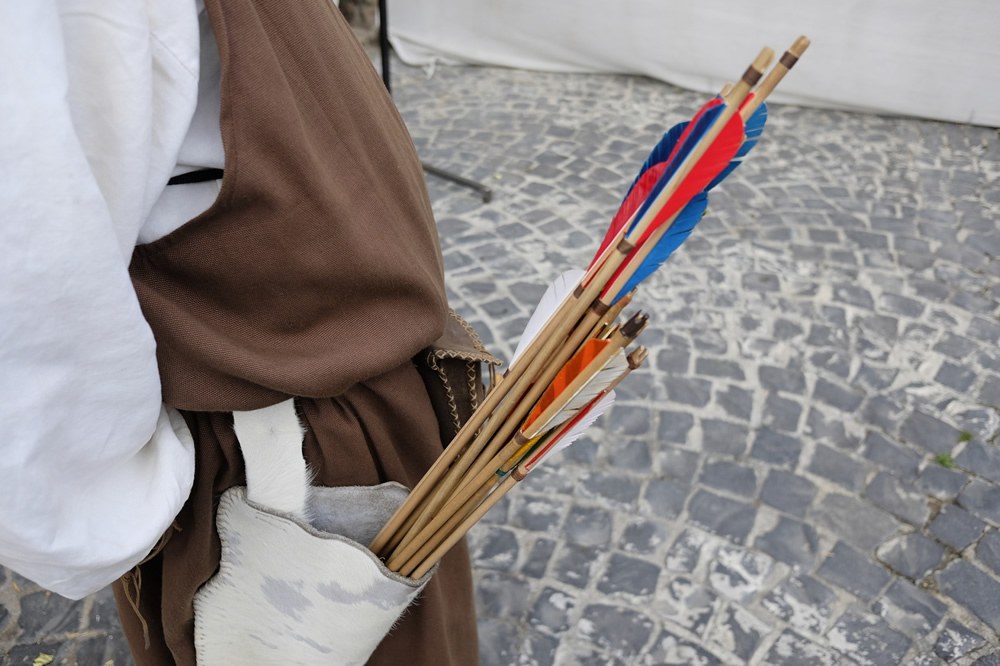 There is no denying the fact that Human Beings lived like animals in the past. Food and Shelter were their necessities of life. As they lived among animals in the forests, they had to defend themselves against the attacks of wild animals. This compelled them to invent certain tools to escape wild animals.

The history of bowhunting proves that the invention of bows was also a technique to defend against animals. At an early age, bows were made of wood and were weighty. But, with time technological change brought about a great revolution in this field. Now, the archery kits contain aluminum bows with stainless steel strings. These are so light that the hunters can carry for a full day.

Bowhunting is a technique that came into existence with the invention of bows and arrows. Human Beings have always remained fond of hunting. The main objective of this bowhunting was to eat a variety of meat. Bowhunting still exists as a technique to spend leisure time in a better way along with some good eating. In the Western world, it is learned as an art.

Various renowned brands of archery kits are available in the market. Some of these have draw length which is suitable for the young ones. The history of bowhunting dates back to the early Stone Age in Africa. We can divide the bowhunting history into three parts.

According to some archaeological sources, bowhunting started some 71000 years ago from Africa and America. The migration of Asians and Europeans brought some new trends to the area, and the bowhunting flourished. Most of the people, nowadays, believe that Native Americans were quite an expert in this art. Although their bows and arrows were not of a good standard and were in crude form, yet they showed great expertise in the art. There are many such instances in history where people preyed wild animals like lions and tigers.

With time, the advancement in technology brought about great changes in the hunting tools and techniques. The bows and arrows got changed. The birth of print media advertised this art of hunting. In the 19th century, many writings from Bow Hunters popularized it too much. For example, the book “The Witchery of Archery” proved an important landmark in its success. Later, many countries began to make Archeries Foundations to support young hunters.

In the field of bowhunting, no period is as bright as this modern age has proved. This is because the advancement of science and technology has brought about a great revolution in the modern history of bowhunting. Bowhunting has also taken a new birth. The techniques for making bows and arrows have changed. Instead, wood aluminum is being used as a raw material in making bows. Due to this shift in technology, the modern bows are lighter than old bows that were made of wood.

Now, a hunter can carry a bow all day. Similarly, the strings and cables are made of stainless steel which means that these bows and arrows are durable. Most of the companies have made Archery kits that are fully loaded with all the accessories the hunters may need.

The Archery Kits contain spare arrows, arrow rests, sight, and armguards. The bows with adjustable draw lengths are being introduced in the market also. These bows can be used for hunters with different age groups. The art is being taught in many countries. Nowadays, people enjoy bowhunting to spend their leisure time in this interesting activity. The bows have different and long ranges.

Moreover, such techniques are being followed as are making bows silent. There are vibration absorbers in many bows to absorb the noise of strings and cables. This has made capturing the prey quite easily. Modern bows do not even disturb the animals.

All the European nations are using this art as modern game management. Still, there are many such countries as having banned this hunting. Victorian age brought about a revival in the history of bowhunting, and after that, it is banned since 1965. Some of the countries have allowed bowhunting at a smaller level.

While in the USA and Canada this art is under the regulatory control of individual states. One of the main objectives of bowhunting in these countries is a scientific study of the animals and their husbandry.

New Zealand is another country where bowhunting is well organized. The government has brought some regulations in this regard. There is a specific schedule to be followed by the bow hunters. They celebrate the birthday of their Queen and arrange a three-day shooting tournament.

However, the bow hunters are allowed to hunt in their lands on any day. Similarly, in Australia, bowhunting is practiced as a free game. There are no specific regulatory laws here. Here, one thing noteworthy is that they allow hunting only non-native species.

However, a bowhunter can prey on native species after seeking permission from the government. An important thing to note is that two independent states of New South Wales and Victoria have various regulatory laws for bowhunting.

In the African continent, Zimbabwe is the only country that has granted permission for bowhunting. However, they have some regulations related to kinds of bows and arrow weights. For example, they allow hunting only through compound bows.

Still, there are many countries where the hunters have to complete a report after every prey. Countries like Denmark imply their hunters to pass a skill test related to proficiency in bowhunting. After passing the test, they obtain the license for bowhunting. The test also includes some accurate shots to hit the target with just five or six arrows.

In the end, we can say that bowhunting has a long history. It started with the arrival of the man of the Earth. It has existed in some particular forms throughout the history of bowhunting. The 19th century is considered the peak of this hunting as many books and literature popularized it as an art.

Nowadays, there are some regulations introduced in some countries. The modern archery kits have made it easy for the hunters to carry bows and hunt all day long. We can hope that it will grow further with the advancement in technology. This is because it is one of the best leisure games to be played around the world.

What is the legal draw weight for bow hunting?