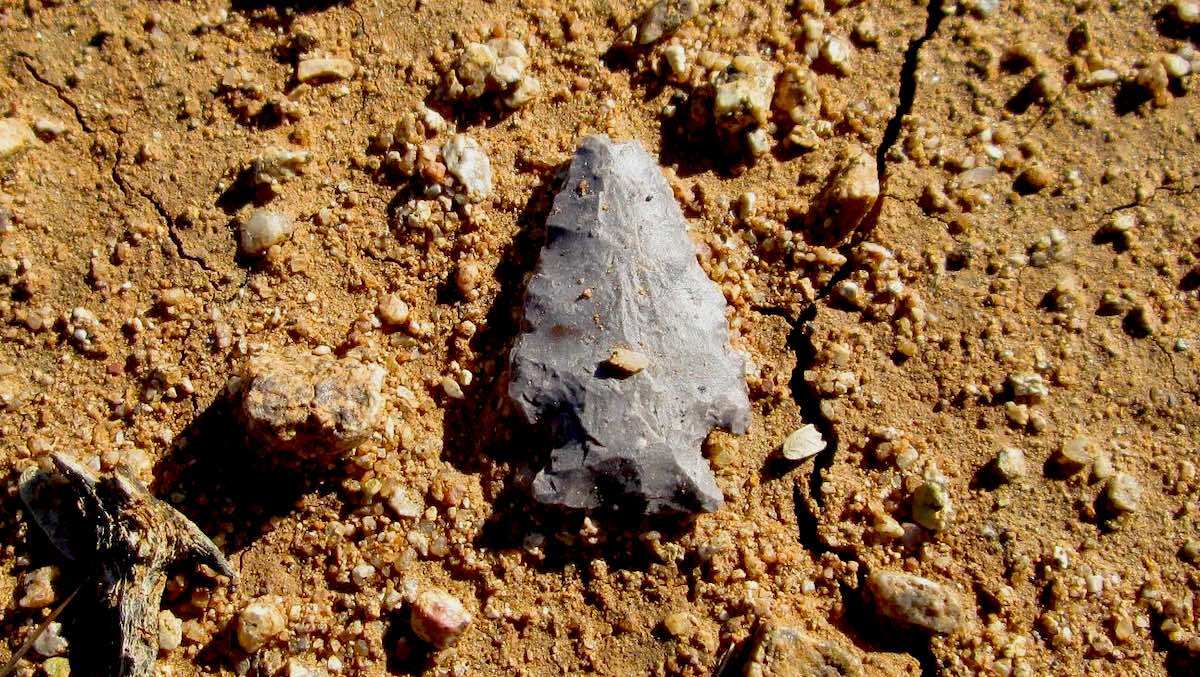 If you’re interested in finding arrowheads in the woods or creeks, you’ve come to the right place. Here you’ll learn how to find arrowheads, identify them, and classify them. You might be surprised at how easy it is! And even if you’re not, you’ll learn some very important things about arrowheads.

Finding arrowheads in the woods

Arrowheads are a valuable resource. They can help you understand the history of Native Americans. These people used arrowheads to hunt for food and fish. They also made tools for fishing and hunting. You can learn more about the history of arrowheads by researching these ancient artifacts at your local library or on the Internet.

Arrowheads are most likely to be found in exposed areas of soil, such as areas exposed to erosion, farming, and construction. These areas often have displaced soil, especially after recent rains or floods. You can also look in areas where animals have dug holes or scraped away gravel or stones.

If you are not sure where to start looking, you can try scouting the area where you’d like to search. Search for small gravels, because these are more likely to contain arrowheads of any size. You can also use Google maps to find good arrowhead hunting spots. Try to avoid areas with flat rocks, as these may be false arrowheads.

Another method for finding arrowheads in the woods is to search in areas where large rivers come together. These areas have been home to Native American tribes since the Paleolithic era. Because of this, the arrowheads you find in these areas will be different in age and appearance.

Arrowheads are easier to find in creeks and streams near their headwaters. Creeks deposit artifacts, rocks, and debris at these points. They also contain gravel bars and other fine sediments that conceal arrowheads. The best time to look for arrowheads is during the early spring or late fall when the ground is soft.

Native Americans built their settlements near waterways for several reasons. These water bodies were important for hunting and fishing. During the migratory seasons, they often set up spike camps. When they were not hunting, they used the lands to create tools for fishing and hunting. Waterways were also used to provide fresh water.

The most important thing to remember when searching for arrowheads is to be careful. In some cases, it’s possible to stumble upon an arrowhead if the soil is still wet. If this is the case, you can use an old toothbrush to brush off any excess dirt. You should also pay attention to the direction of the sun. If the light is harsh, it won’t make artifacts appear as easily.

It’s best to ask permission before hunting for arrowheads in a creek. Some states have laws preventing people from taking arrowheads found in public waterways. Before doing any digging, consult with the landowner to make sure it is safe for you to dig. Also, keep in mind that the arrowheads are often near the surface and can easily be mistaken for rocks.

There are several factors to consider when identifying arrowheads. These factors include the shape, area, and sharpness of an arrowhead. These factors help narrow down the possibilities to around 12 types. If you’re not sure, you can always consult a book that details the different types and characteristics of arrowheads.

Another factor to consider is the material the arrowhead is made of. Various materials were used by different tribes and regions. For example, the arrowheads used by Native Americans during the Stone Age were made of stone. Identifying the material used for an arrowhead is relatively easy if you know the shape of an arrowhead. Some of the most basic shapes are pointed, stemless, or indented.

Identifying arrowheads can be difficult if you don’t know where they belong. You can use the arrowhead reference number or the section number to help you identify them. Some arrowheads have multiple layups, but the one that appears in the chart is the one that is placed correctly.

The Official Overstreet Indian Arrowhead Identification and Price Guide is an excellent reference that will aid in the process of identifying arrowheads. It contains over 12,000 pictures of arrowheads from various regions in the country. It also includes information on the different types, materials, and values of arrowheads.

There are several different ways of classifying arrowheads. For example, you can look at the state in which they were found, their shape, and the techniques used to make them. In some cases, the type of rock used may also be a factor in their value. Regardless of the method you use, it is always a good idea to clean and condition the arrowhead before attempting to sell it.

Some of the most common materials for arrowheads include quartz, chert, slate, and quartz-crystal. Other materials are less common, but can still be used for arrowheads. Some of the more ancient types are archeologically significant and can be worth thousands of dollars. However, finding them can sometimes be a matter of luck. Noah Cordle was only 10 years old when he discovered a 10,000-year-old arrowhead.

While the naming of individual stone arrow points is a complex process, many authors have outlined general guidelines for describing them. Some of these guidelines can be found in W.H. Mason’s book. In addition to providing a general glossary, he also provides detailed instructions on how to make an arrow point. While it is difficult to define individual stone arrow points, he believes that enough information has been obtained through archaeological excavations to give a clear picture of their characteristics.

There are many different ways that arrowheads are mounted. Some are made of sinew or other natural fibers. Some are mounted with a single feather while others have two or three. However, most arrows are decorated with multiple feathers, which are used as tribal markings.

There are several ways to avoid disturbing sacred sites when searching for arrowheads, including: avoiding digging in sacred areas, and wrapping your find in a paper towel or handkerchief. A small ALTOIDS Mints tin is also a useful tool for storing your find. Besides arrowheads, you can also find other types of artifacts, such as stone or clay pipes and jewelry. Coins and pottery are also valuable historic items. Arrowheads and stone artifacts can be categorized by culture period, with about 1200 different designs recorded in various Native American cultures.

Earlier Native Americans used materials like rocks, obsidian, wood, bone, and horn to make arrowheads. The types of materials used depended on the location of the tribe. For example, Louisianans used alligator scale points for their weapons, while those in the Pacific Northwest preferred colorful stones. In Arizona and New Mexico, arrowheads made from petrified wood are more common.

While Clovis and Folsom arrowheads are not identical, you can recognize them based on the features they share. Most Clovis points are rounded, while Folsom points are pointed and convex. The difference between them is that the former has grooves along a narrow portion of the spear point, while the latter is concave from the base to the tip. Folsom points were more likely to be used by hunters on the move, while Clovis points were more likely to be cached.

These arrowheads are among the oldest in the Americas, and can be as old as 13,500 years. Often referred to as Clovis arrowheads, they are actually spearheads made from chert and other common stones. Their shape is similar to that of arrowheads, but they are much thinner and smaller than the typical arrowhead.

Clovis arrowheads show a remarkable variety of specialized tools. Some were made to be long. Some had a serrated edge. Others had flat surfaces. Regardless of shape, Clovis arrowheads often exhibit incredible use-wear traces.

Where to Find Arrowheads

How to Make a Homemade Hunting Bow and Arrow