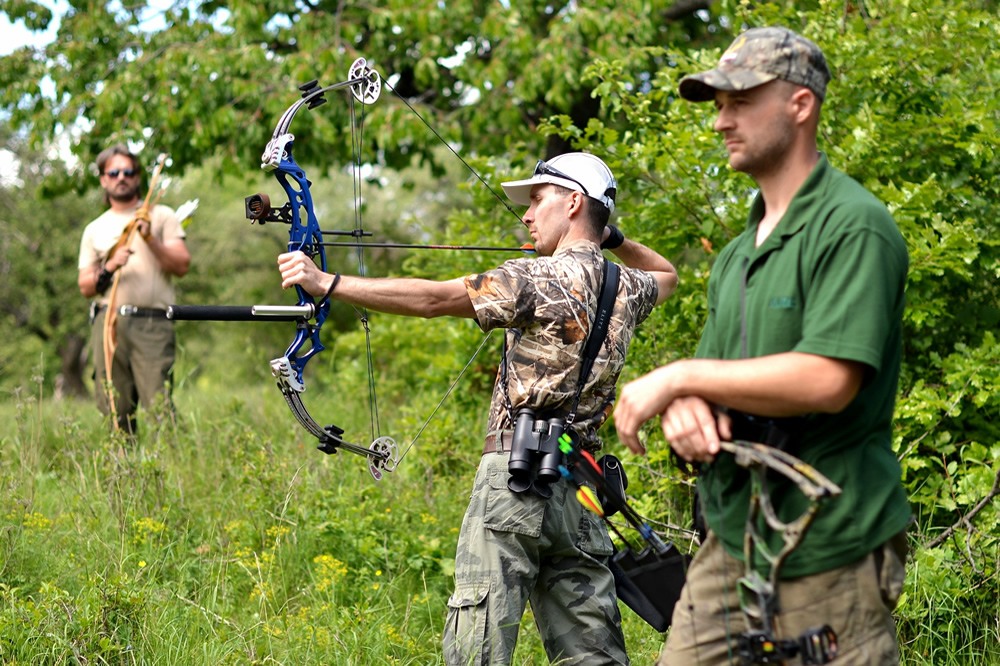 As the name implies, bow hunting is an activity wherein a bow and an arrow are used to hunt for game animals. In the past, the main purpose of the practice is for food. At present, bow hunting is already considered as an outdoor recreational activity.

However, before engaging in the activity, you must know when does bowhunting starts. You must also know the different restrictions, as well as cultural and legal conditions that are being implemented in the specific zone where you will go bow hunting.

According to some experienced hunters, the best places to bow hunt for wild animals are those that have strict regulations when it comes to firearms. With the strict firearms and humane animal killing rules and laws, the wild animals living in the area will have the opportunity to grow old and reproduce.

If you are a bow hunting enthusiast, you already know that Canada, New Zealand, and Australia are some of the most popular countries to go for bowhunting. That is because they have a lot of mountainous areas and woodlands where the wild animals love to thrive.

Likewise, these countries are rich with small and large gaming animals of different species. Thus, you will have a lot of choices and opportunities.

Nevertheless, as mentioned earlier, recreational bowhunting is strictly regulated by legal regulations and guidelines that you need to follow.

The legalities for each country, state, and province include certain rules about the area where you will be allowed to hunt; the time of the year for you to bow hunt a certain animal; the maximum number of animal that can be hunted; and the species and gender of the animal that you are allowed to hit with an arrow.

Documents To Obtain Before Bow Hunting:

If you plan to go bowhunting for large and small game animals in any of the countries mentioned above, you are required to obtain specific documents for you to be legally allowed to do the activity. If you are a first-timer, you will be asked to obtain a hunter’s license, which generally has a designated validity period.

It is usually acquired by attending certain short courses offered in the country where you will be bowhunting. However, in some countries, if you are a non-resident or a tourist hunter, you are no longer required to get a license. But you should be accompanied by a licensed guide or hunter host.

On another note, small and large gaming animal bowhunting is also directed by certain guidelines when it comes to animal draw weight and head width. The technical regulations are important to ensure that the animal is killed in a humane and fast manner, as well as to make sure that game animal recovery is maximized.

Besides, some countries or states and provinces within the country require the hunters to surrender the head of the animal for population monitoring purposes.

The implementation of when does bowhunting start in each country, province, or state is imperative to guarantee that the animals are already at the right age to be hunted. It will also ensure that the animals have already reproduced to maintain their population. Also, it will warrant the safety of bowhunters. That is because there are also rifle hunters.

In most countries, states, and provinces, the season for each type is different. While for others, bowhunting and rifle hunting seasons may be set at the same time. However, safety precautions like wearing orange hunting gear are strictly implemented for safety.

Since the most popular large game animal being hunted is the deer, let us answer the question: “When does bowhunting start for deer in different countries?”

Canada is a popular bowhunting ground for deer because it is populated with several species of deer. That is since it has a lot of forests, parks, mountains, and crown lands. It is also a country wherein some of its northern species of deer have large sizes of antlers and bodies. It has a good population of whitetail, mule, and black-tailed deer, as well as elks and caribous.

New Zealand is also a famous country for hunting deers. As similar to Canada, several species of deer can also be found in the area because of its mountainous nature. Likewise, it is also rich with natural and well-maintained farmlands and forests.

When it comes to when does bowhunting start in the country, it will depend on the species of the deer that will be hunted. The basis for such is the time wherein the antlers of the deers are already considered hard or mature enough. As per the country’s regulation, bowhunting for Red Stag, Sika, and Fallow deer starts between late-February and early-August.

Australia is also a country that has a rich population of deer. However, only six species of deer can be legally hunted in the country. Besides, the country also implements a strict regulation when it comes to the bow specifications. With regards to the bowhunting season in Australia, that will be from April to August. Specifically, the hog deer hunting season commences in April. On the other hand, the season for bowhunting the rusa deer starts in May.

Final Points To Remember For Bowhunters

Canada, New Zealand, and Australia are just some of the countries that are highly populated with different species of deer. They are also the ones that allow recreational bowhunting but are directed with strict regulations.

As to when does bowhunting start, such will depend on the deer species that will be hunted and the country where the hunting will be done. However, the hunting seasons mentioned above may differ in each province and/or state within the country. Thus, you must regularly check the guidelines for the state and/or province where you intend to hunt.

Hunting – How to start and How to do it well?